I have been working very hard and for long hours the last two days. I have been making a 'timeline' for my Robin Hood series. And though it has been a lot of work...I am loving it! I love the detail, and putting everything on the 'calender'...it's just been amazing! I could do this for a living. :)

The story spans several years...so of course my calender does too. It has been fun to watch the empty notebook fill up, first with years and months and then the months fill up with events, people dying and giving birth, getting married and doing all the things that they do.

The story spans so many years in fact that the calender is in THREE notebooks!! Right now it goes from 1170 to 1260, but I haven't finished and the third notebook still has plenty of space. :) 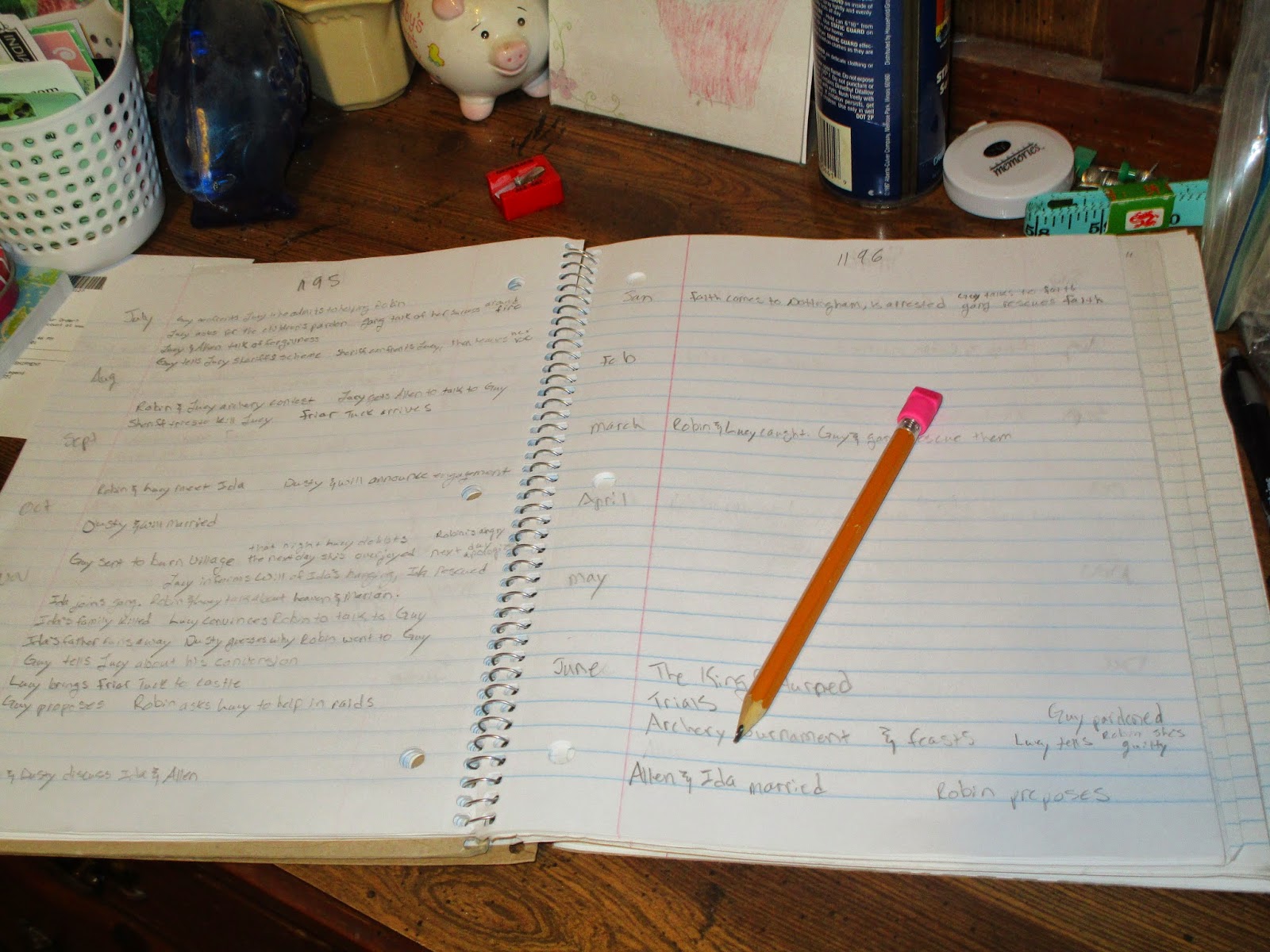 I have spent many, many hours on this project in the last two days. MANY hours. All of this started because the work on getting self-published got very serious. I am very close now to having that first book published...before the year is out hopefully. :P I would prefer sooner...but as we get closer to being 'done' more things pop up that need attending to. (oh the joys of writing...)

The first book I am publishing is Lucy's Legend-A Robin Hood Story. Because I can and because I'm feeling generous...I'm going to give you a little snippit from that book. :)

"What did he want?" Robin demanded. "Why was he here?"
"He asked me to accompany him to the Fair."
"Marian...I ought to be your escort."
"Can you even show up, Robin? You're an outlaw."
Robin sighed. "It would be risky, but worth it. I don't trust Gisbourne."
"Neither do I. But I might learn something. I'm not being watched."
"If they knew you were the Night Watchman..."
"They'd have heart attacks. You know...maybe we should tell them. If they died from shock we wouldn't have to deal with them."